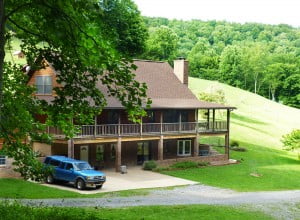 The principle operator of Honey Glen Apiaries is Michael Staddon who came to Salem, West Virginia with his family in 2003. He manages around 60 colonies of his own in Harrison County, WV with his wife Elizabeth, as well as about 300 colonies for Patriot Guardens in Nicholas County, WV.

The idea to start beekeeping came when the family consumed so much honey that they looked into beekeeping as a means of producing honey at a lower cost.

Early on, involvement with the local beekeepers association has been very beneficial and in 2007 he began helping educate new beekeepers at the annual Beginner Beekeeping school. As time went on, Michael began to see beekeeping as a potentially profitable business and launched Honey Glen Apiaries in 2012 with help from his family. Michael was president of North Central WV Beekeepers Association from 2013 to 2018, and served as secretary for the West Virginia state-wide association (WVBA) in 2014 and 2015. In 2014 Michael achieved master beekeeper in the WVBA Master Beekeeper Program. For two years he worked part time as an apiary inspector for the West Virginia Department of Agriculture. His view that beekeeping is a stewardship of God’s creation is the foundational principle for his day to day decisions in the business.

Learn more about what we do! » 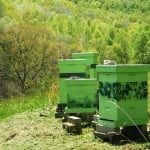 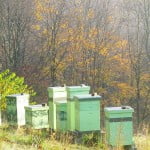 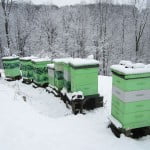 “We got home the other evening and got the 2 nucs in the hives… Today was my first chance to check them out. Marked Blue queens look great (marked well and look like Carniolan)

“Hives Temperament was A+. Brood pattern was A+ (3 full frames in each). I am very pleased.”